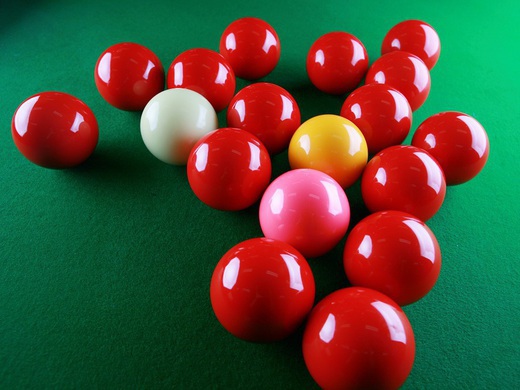 In the first finals' night of the season, Darrell Stanley won the Captains' Cup competition at Preston tonight.

In the first of two marathon semi-finals, Darrell came up against Buckingham B captain, Colin Darling.  The first frame looked to be drifting away from Colin as he found himself needing a snooker with four balls left.  However, he successfully laid a snooker from which Darrell failed to escape.  By potting the blue and pink, Colin could take an early lead with the final black, only to go in off and gift Darrell the first frame.

Colin didn't make the same mistake again as he led through most of the second frame, levelling the match.  The decider was a cagey affair, the lead changing several times as neither player could stamp their authority on the frame.  However, as they arrived at the colours, Darrell seized the initiative and picked off sufficient colours to take the frame and the match.

The second semi-final saw Darren Wilson take on Buckingham E captain, David Gray.  The Tradewell Pirates captain struggled to make any headway in the first frame and David led throughout, benefiting from the miss rule before taking the frame with several snookers required.

The second frame was much closer, and came down to the colours.  Having potted the brown and blue to take a three point lead, David needed only the pink to reach the final but missed with his first opportunity.  Worse was to follow as he fouled, reversing the lead to three points in Darren's favour.  Only needing the pink now to win the frame, Darren made no mistake with his chance, taking the match into a deciding frame.

This was another close frame in which Darren opened a small lead towards the end.  The miss rule came back to bite David as he gave away enough points to leave himself needing a snooker.  There was no way back as Darren closed the frame out, securing his place in the final.

Having had a breather whilst Darren finished his match, Darrell was ready for the final and steadily built up a lead that resulted in Darren needing snookers with two reds left.  Taking one of the reds but missing the black made Darren's task even harder and despite playing on, he was unable to claw his way back as Darrell took the first frame.

The second frame was almost a carbon copy of the first with Darrell gradually increasing his advantage.  Some resistance from Darren was thwarted after he fouled whilst on a break of 18, and this turned out to be enough to stop him in his tracks as Darrell retook the initiative.  At the snookers required stage, Darrell potted some good colours, forcing a concession and taking the frame, the match and the championship.